back to board Main Page

From the WFO board

In Reply to: Re: Masterly Tail oven posted by Rob 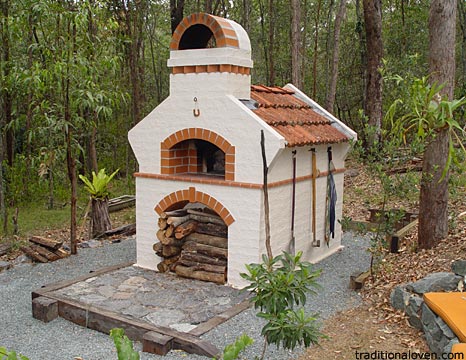 Rob,
I will start to post pictures of MTo ovens in their's new pages over this weekend. There are 2 separate Cd's - the Swishy, and new is the Masterly Tail oven building CD. Already several MTo were sent out as surprise to whom surprised us and so far people enjoyed it! Yes both ovens look similar, but not exactly due to those practical features, on the outside and have different refractory parts. Both are of high quality and the Masterly Tail design is what I do for work when it involves building brick oven. There are 3 pictures in one row in the gallery closer to top, where first pic on the left title says "Masterly Tail oven design and native character landscaping". This oven on the pictures was built year ago or so. r

EDIT: there is the new MTo design out now, third design, people already build it. Also, things have slightly improved since the year 2003, now all 3 designs can be also downloaded via Internet connection. Which is faster. Posting the disks still continues just as before (all 3 designs on 1 DVD instead of 3 Cd's).

by Rado Hand on Google+