This is the original MTo design - abbreviated for - Masterly Tail oven Rado Hand's design of the well known wood fired brick oven. Thousands of them were and have been built around the globe. Currently there are several designs developed with the same original MTo insides. 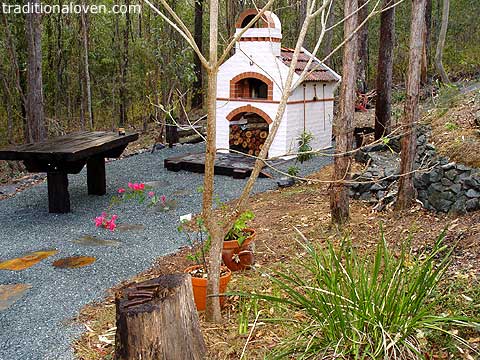 Description: Last picture taken right after the heavy table was completed and the blue stone gravel spread on the ground. Built in July 2004 by Rado Hand. All for that cooking on fire and of course pleasure excursion with included meals out of doors, in your own backyard garden!